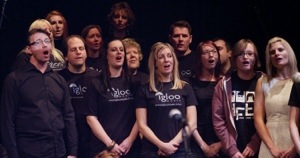 Singing in a choir often gives individuals a feeling of harmony, both musically and spiritually, but new research suggests these feeling are more than psychological as scientists from the University of Gothenburg have shown that singing in unison actually causes heartbeats to synchronise.
The project – named ‘Kroppens Partitur’ or ‘The Body’s Musical Score’ – also showed that the calming effects of singing in a choir can be as beneficial to an individual’s health as yoga. This is due to both activities reducing the variability of your heart rate.
The study monitored the pulses of fifteen 18-year-old choral singers as they sang their way through three different exercises. The first was simply humming, the second singing a Swedish hymn “Härlig är Jorden” (Lovely is the Earth), and the third chanting a slow mantra.
In each of the studies the researchers found that both breathing and heart rate variability synchronised during group work – be that singing or chanting. The authors said: “When you are singing, the heartbeat for the whole group is going up and down simultaneously. 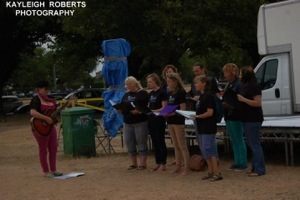 “It gives you pretty much the same effect as yoga breathing. It helps you relax, and there are indications that it does provide a heart benefit.”
This synchronisation is thought to be due to the breathing patterns imposed on singers by the music. When individuals are singing the same melody they must pause to breathe in the same place, these breathing patterns then influence heart rate.
“When you are singing, you are singing on the air when you are exhaling so the heart rate would go down,” said Dr Bjorn Vickhoff, lead author of the study. “And between the phrases you have to inhale and the pulse will go up.”
“Singing regulates activity in the so-called vagus nerve which is involved in our emotional life and our communication with others and which, for example, affects our vocal timbre. Songs with long phrases achieve the same effect as breathing exercises in yoga. In other words, through song we can exercise a certain control over mental states.” 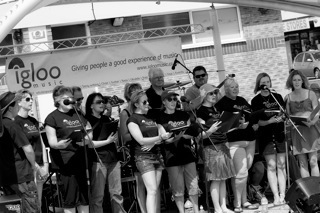 The authors of the study hope to continue their work by investigating whether this biological synchronising also influences the mental perspective of individuals.

Vickhoff notes that collective singing is often an expression of a collective will: “One need only think of football stadiums, work songs, hymn singing at school, festival processions, religious choirs or military parades. Research shows that synchronised rites contribute to group solidarity.”

Click here for more information about the Igloo Choir