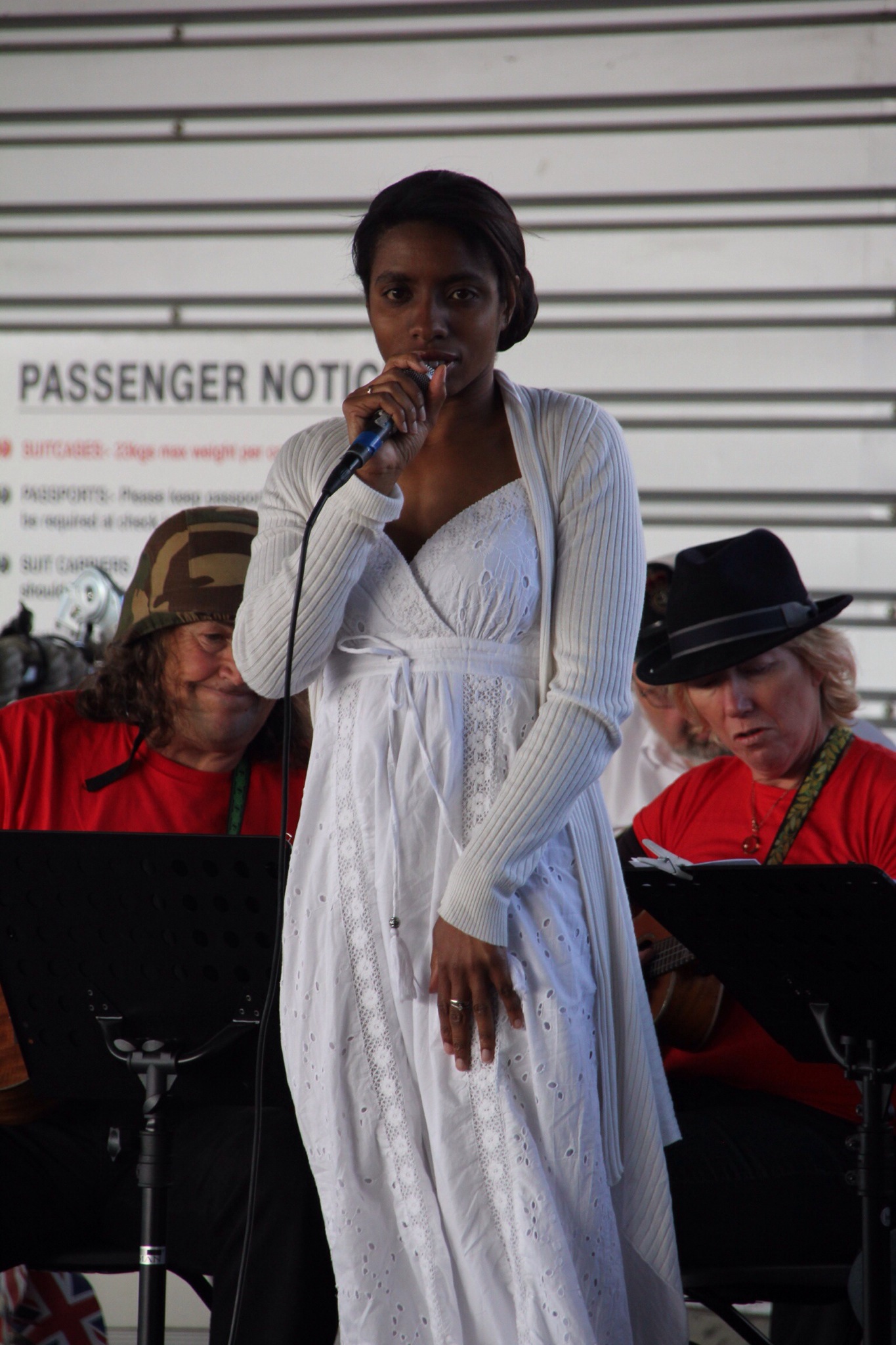 The Southampton Maritime Festival, organised to commemorate the wartime and maritime history was a much bigger affair than the past years. The two days of festival was brought to life by the newly formed Igloo Ukulele Band, and Igloo singers Glaudia Califano, Maria Lawes and Sarah Cornick.  They won the hearts of the gathered and made it a very memorable experience to everyone attending.  The event organiser, Ms Rosalind Fountain concluded saying that she was very happy with the proceedings and that the Igloo Ukulele Band hit the spot.

A Trip Down Memory Lane… 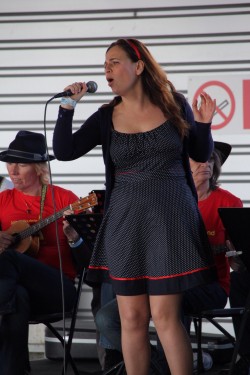 Festival goers took a walk down memory lane to cherish the war heroes and the maritime past. During this two day event there were many historic ships and vessels to honour local history. It was a very educational event as well and nice to see the children go around and learn about the many historic ships and vessels of the world war. The national historic fleet HMS Medusa, ST Challenge, SS Shieldhall stood proudly in the dock. The quayside was teaming with historic cars, classic steam vehicles and other exhibits.   The Igloo Ukulele Band adorned in hats of the era and our youngest performer, six year old Barney, clad smartly in soldier’s uniform looked fantastic on stage. It was all praise for young Barney who gave a splendid performance. Though the weather was cold and breezy, it was a great audience and everyone equally enjoyed the numbers Hotel Califonia, Angels, a special Wartime Medley of favourites of the era and a beautiful arrangement of White Cliffs of Dover, sung by Maria Lawes. The band played a varied set, and the audience of all ages were singing along toe tapping and enjoying the music. Band members dealt well with the weather -though the breeze blew off the stands of some of the players, the music kept rolling and the audience was having a great amount of fun.   The Southampton Maritime Festival was a big success  and an event which brought smiles to everyone involved.